When the luxury ship EUROPA 2 sails from Havana to Colon in November 2016, Sabine Christiansen will be discussing the US presidential election with Karl-Theodor zu Guttenberg. Other, more unusual topics as well as politics and business will also feature on talk2christiansen: on a South Seas cruise in December, German ESA astronaut Thomas Reiter will bring the fascinating cosmic world closer to home. 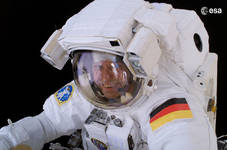 Sabine Christiansen has invited high-ranking experts to discuss various “hot topics” as part of the programme talk2christiansen. On a cruise in November, the German journalist and presenter will discuss current affairs with Karl-Theodor zu Guttenberg: on 8 November, the Americans will vote for their 45th president. While an important decision is being made in the USA, the EUROPA 2 will be sailing through Central America between Havana, Jamaica and the Caribbean islands. Meanwhile, the consequences of the election for world politics will be discussed in the theatre. Karl-Theodor zu Guttenberg has lived and worked in the United States for five years. Guests will have the opportunity to get up close and personal with the former politician and share their own views on the election.

A very different topic will be on the agenda in December: the fascination of outer space. When the Hapag-Lloyd Cruises’ luxury ship makes its way from Tahiti to Auckland, European Space Agency’s astronaut Thomas Reiter will discuss the European space programme with Sabine Christiansen and respond to the question of why we would want to return to the moon – or go to Mars. The German ESA astronaut is responsible for the co-ordination between the European Space Agency and its international partners, including the International Space Station programme. In the floating theatre of the EUROPA 2, Reiter will offer guests interesting information and exclusive insights into a mysterious world.

More information about these cruises: