In the 31th edition of the “Berlitz Cruising & Cruise Ships 2016” guide, EUROPA and EUROPA 2, Hapag-Lloyd Cruises’ luxury ships, have defended their pole position and have been awarded the highest distinction as the only 5-stars-plus cruise ships worldwide. The HANSEATIC was ranked as the only 5-star expedition ship globally among the group of “boutique ships”. 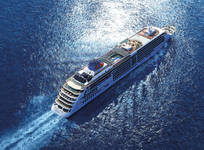 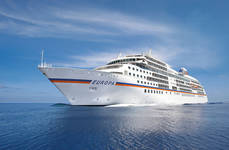 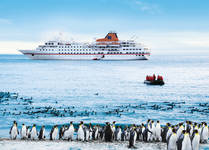 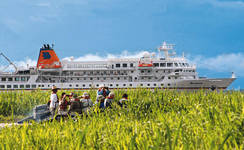 Attaining 1,860 points out of a possible 2,000, the EUROPA 2 achieved the highest score among all ships and has been awarded 5-stars-plus for the third consecutive time. The EUROPA, which has achieved this award for the 16th year consecutively, received 1,852 points. Hence, both ships lead the ranking in the category “top 5 small ships” with 251 to 750 passengers” and are global leaders. The HANSEATIC has retained its 5-star rating as the only expedition ship globally, achieving 1,758 points; the BREMEN received the distinction 4-stars-plus with 1,555 points.

“Both are beautiful ships to sail aboard”, comments Douglas Ward, author of the Berlitz Cruise Guide on EUROPA and EUROPA 2 “with an outstanding amount of space per passenger, high-ceilinged passageways, a superb range of dining venues and types of cuisine, and attentive, friendly, yet unobtrusive personal service. Both ships have proven themselves to be unbeatable yet again.”

“Both, the EUROPA and EUROPA 2 embody two very different luxury concepts – one the philosophy of traditional luxury and one contemporary luxury. Both set global standards in the luxury cruise industry. The ratings 5-stars-plus and the HANSEATIC awarded the only 5-stars expedition ship, are very special accolades, reflecting our performance and our standards of quality, proving once more our role as the foremost provider of luxury cruises” says Karl J. Pojer, CEO of Hapag-Lloyd Cruises. “A special thanks therefore goes to our crew on board the ships, as well as our team of staff in Hamburg, who constantly strive hard to create a once-in-a-lifetime, distinguished experience for our guests.”

The 31th edition of Berlitz Cruise guide the author Douglas Ward and his team tested a total of 275 cruise ships from large to small and scored them based on criteria such as ship fittings, accommodation, food quality, service, crew, entertainment and the cruise experience.