Valentine's Day is all about love and romance - which is why Hapag-Lloyd Cruises has introduced a special honeymoon programme. The 500-guest EUROPA 2 is offering something very special to newlyweds and couples celebrating their milestone anniversary on board. The exclusive "Honeymoon Special" - at no extra cost - is designed to spoil couples and features a welcome bottle of champagne, flowers, a romantic dinner for two and on-board credit to the value of € 300 (per couple), which can be used to purchase beverages and SPA treatments. 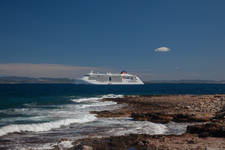 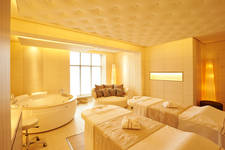 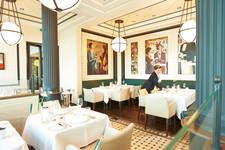 The casually-luxurious EUROPA 2 offers guests a lavish range of pampering wellness and fitness options. A wide choice of therapies and treatments are available in the OCEAN SPA on board. These range from traditional partial- and full-body massages and popular therapies such as Ayurveda, hot stone massages, thalasso and shiatsu, to more exotic treatments such as lomi lomi, a traditional Hawaiian oil massage. In addition to this, there is a whole host of beauty treatments on offer - for both male and female guests. What's more, the honeymooners can spend an entire day relaxing on a pre-booked daybed - a lounger in a private section of the sun deck.

The lovers' dinner, accompanied by the appropriate wines, will be served in the French-inspired Restaurant Tarragon. With seating for a maximum of 44 guests - and tables for two - it is the perfect setting for a romantic evening.

The honeymoon special applies to EUROPA 2 cruises booked no later than six months after the wedding ceremony, as well as for milestone wedding anniversaries, e.g. the 10th, 20th, 25th or 40th, provided that the holiday begins up to one month before or after the anniversary date.

Idyllic itineraries to romantic locations aboard EUROPA 2 in 2014 include among others:

Flavours of France and Italy, sailing to the Mediterranean islands of Corsica, Sardinia, Sicily and Capri, the epitome of romance: