Hapag-Lloyd Cruises’ successful discussion format, talk2christiansen, is back, when well-known German TV journalist Sabine Christiansen will welcome on board EUROPA 2, Dr Auma Obama – an author, speaker and activist with a range of interests. Dr Obama will speak to Sabine Christiansen about her work and civic engagement; the future of Africa; her relationship with politics; and her brother, former US President Barack Obama. The EUROPA 2 cruise across the Indian Ocean sets sail later this month. 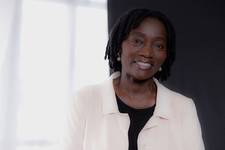 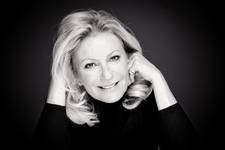 Dr Auma Obama, the elder sister of the former US president, grew up in Kenya, studied in Heidelberg and Bayreuth and spent 16 years living in Germany before moving to the UK. Now living in Kenya, Dr Obama is dedicated to helping young people all over the world, who come from disadvantaged backgrounds. She is the initiator and head of the Auma Obama Foundation Sauti Kau, which is Swahili for “strong voices”. She is also a member of the World Future Council. Dr Obama has received many international awards for her extensive civic engagement. She was part of her brother’s election team during the American presidential campaign. On board EUROPA 2, Dr Auma Obama will talk exclusively with Sabine Christiansen about her wide-ranging commitments and her work, what she thinks about Africa’s future and her connection to politics. She will also talk about her relationship with her brother.

In the talk2christiansen presentations, attended by EUROPA 2 guests, Sabine Christiansen invites experts from the worlds of economics, politics, science and society on selected cruises to discuss a wide-range of topics and current events.