The cruise featuring the British pop artist Natasha Hamilton will head from Sydney to Bali via Brisbane, Hamilton Island, Cairns, Lizard Island and Komodo with live performances on board the EUROPA 2. The star has been wowing audiences around the world with her striking voice for around 20 years and is lined up for an amazing evening programme on this cruise with a mix of pop and R & B hits, as well as up-to-date reinterpretations. 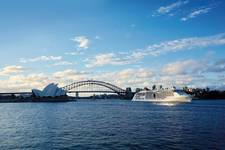 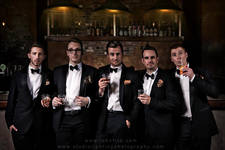 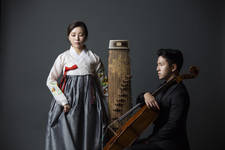 Koalas and kangaroos may be the stars ashore as the EUROPA 2 cruises along the east coast of Australia and heads to Bali, however, the British singer, Natasha Hamilton will be the star of the show on board the luxury ship. Cruise guests can enjoy her performing live in the intimate venue on board. The artist rose to fame in 1999 as a member of the pop band Atomic Kitten. The trio is one of the most internationally successful British girl groups of the last 20 years, having sold over 20 million records. Atomic Kitten’s most famous hits include “Whole Again” and the cover versions “Eternal Flame” and “The Tide Is High” and all three of these singles made it to number one in the British charts. Natasha Hamilton has been performing as a solo artist since 2007. Alongside her success on stage, she is also known as a songwriter, actor and TV personality.

Natasha Hamilton will be joined on the Oceania route - departing Sydney on 23 March - by the Australian singers and dancers of The Tap Pack, who take inspiration from the famous Rat Pack of the 1950s. There will also be entertainment from the brilliant duo CelloGayageum, consisting of the Austrian cellist Sol Daniel Kim and the Korean gayageum player Dayoung Yoon. Trio Spectre will also be giving an amazing performance on violin and piano.

Famous live acts are an integral part of the entertainment programme on board the EUROPA 2. Hapag-Lloyd Cruises also regularly offers special-format music cruises on board the 5-stars-plus rated ship (according to the Berlitz Cruise Guide 2019), where guests can experience the music and personality of the stars in an intimate setting.